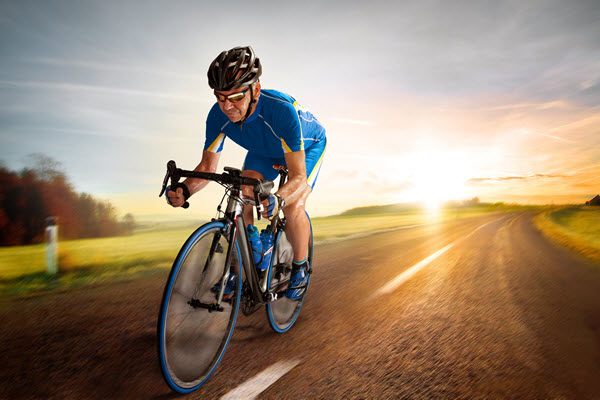 The American Heart Association (AHA) & Cycle Nation have teamed up to raise awareness for prevention of heart disease and strokes with a series of cycling events across the US, including ACTIVE’s hometown of Dallas. According to the AHA, cycling just 20 miles a week can reduce the risk of heart disease by 50%. And Cycle Nation has determined that an adult cyclist typically has a level of fitness equivalent to someone 10 years younger.

These statistics bode well for cycling enthusiasts of all ages, but particularly for those cyclists aged 55+ who are at a higher risk for heart disease. In fact, data pulled from more than 400,000 cycling event registrations throughout the US from within ACTIVE Network’s system last year suggests that more and more senior adults are cycling their way to better heart health.

For one thing, Generation X’ers (A35-54) comprised nearly half (48%) of cycling event registrations across the country. This number is impressive, given that, as a group, Generation X is projected to be the 3rd largest generation alive right now (according to Pew Research Center). For another, 63% of cycling event participants in the US were men. So, with heart disease still classified as the number one killer of women, causing 1 in 3 deaths per year, there’s opportunity for women to adopt cycling as a means of combatting heart disease.

Regardless of a person’s age or gender, data intelligence supports cycling as an activity that’s accessible to all demographics. And when it comes to heart health, it appears that a bike ride a day keeps heart disease away.