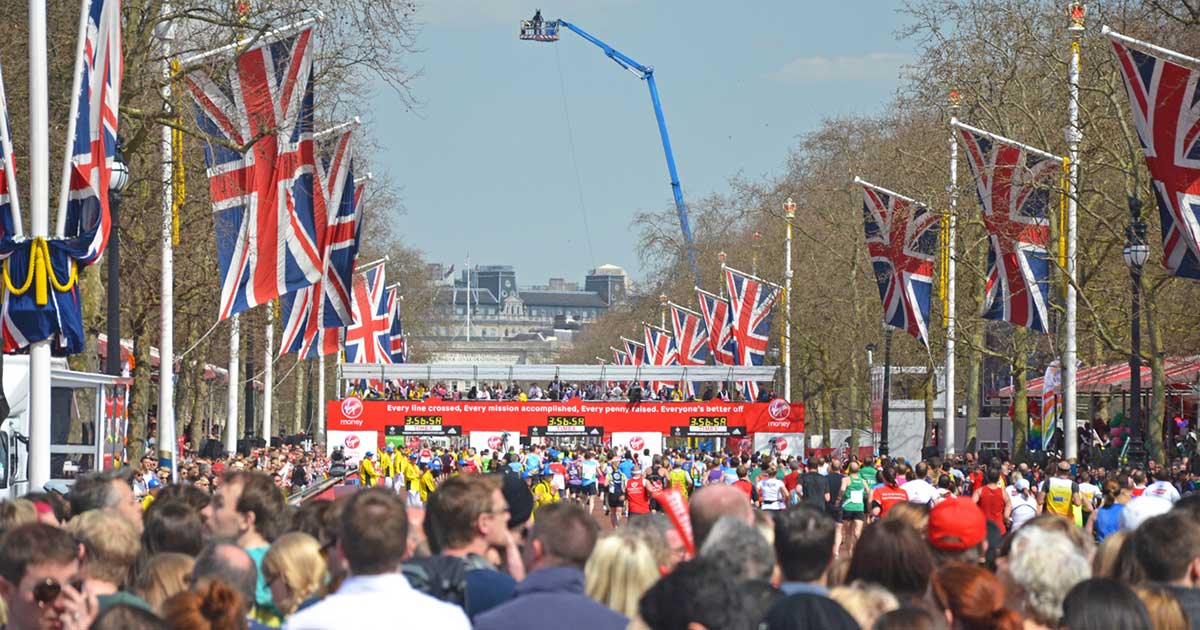 Just as excitement around the 2012 Summer Olympics hit a high note, London Mayor Boris Johnson announced the launch of one of the largest cycling events in the world – RideLondon.Managed in part by London Marathon, RideLondon will be a two day festival of cycling held all over London, featuring a series of events for amateur, club, world elite cyclists, youth and hand cyclists.The event will take place on the weekend of 3rd August 2013.We sat down with our customer, London Marathon Race Director, Hugh Brasher, to talk about how the event registration is going so far.What has the reaction been to the RideLondon event in London? Recently, you announced that 25,000 people registered in 5 weeks! Were you surprised by this?I was absolutely ecstatic at the initial reaction to the event! So far, there has been a surge in women registering for the 100 mile cycling event. We’re actively working to encourage even more women to participate! I am also surprised that 92% of the entrants cycle twice a week or more and yet 63% haven't done a cyclo sportive, so the registration shows we are inspiring people to enter an event (RideLondon 100) that they have never attempted before.Why did you choose to work with ACTIVE Network?We chose to work with ACTIVE because of its breadth and experience, as well as the commitment they demonstrated to our organization. The ACTIVE team had the RideLondon website up and running under an incredibly tight deadline. The commitment to meet deadlines and the team’s proven ability to do that was what really swung it for us. The ACTIVE team put in lots of late nights and hard work and we are ecstatic with the results we've seen so far.I hear you’ve run the London Marathon four times, the New York Marathon three times, and already worked on 29 London Marathons. Wow! What is it about running that you love so much?Yes, but unfortunately, I think my marathon running days are in the past. I ran the London Marathon in 1982, 1983, 1984 and 2003 and the New York Marathon six or seven years in a row. I used to run 70 miles a week! I really enjoyed the competitive element of running. Everyone has their own goals, whether it be running a 5k for the first time or running a marathon. Running is also accessible and relatively easy to do…..just lace up your running shoes and get outside. I see similarities in the sport of cycling.Why are you excited about RideLondon? What will it do for the city of London and the sport of cycling?I am so excited to have a festival of cycling in London - the greatest city in the world (in my opinion). As the first Olympic legacy event, I hope that it will inspire people to take part in sports and activity, and change their lives!What was your favorite sport at the Olympics this summer? Why?The 5,000 meters gold medal victory by Mo Farah was absolutely stunning. He proved to the world that he is the best distance runner. Despite the pressure, he not only won the 10,000 meters, he also brought home the 5,000. It was inspiring to watch.Thanks for taking the time to speak with us, Hugh! So what are you waiting for…sign up for the RideLondon event today!