Feasting Our Eyes on the Dallas YMCA Turkey Trot 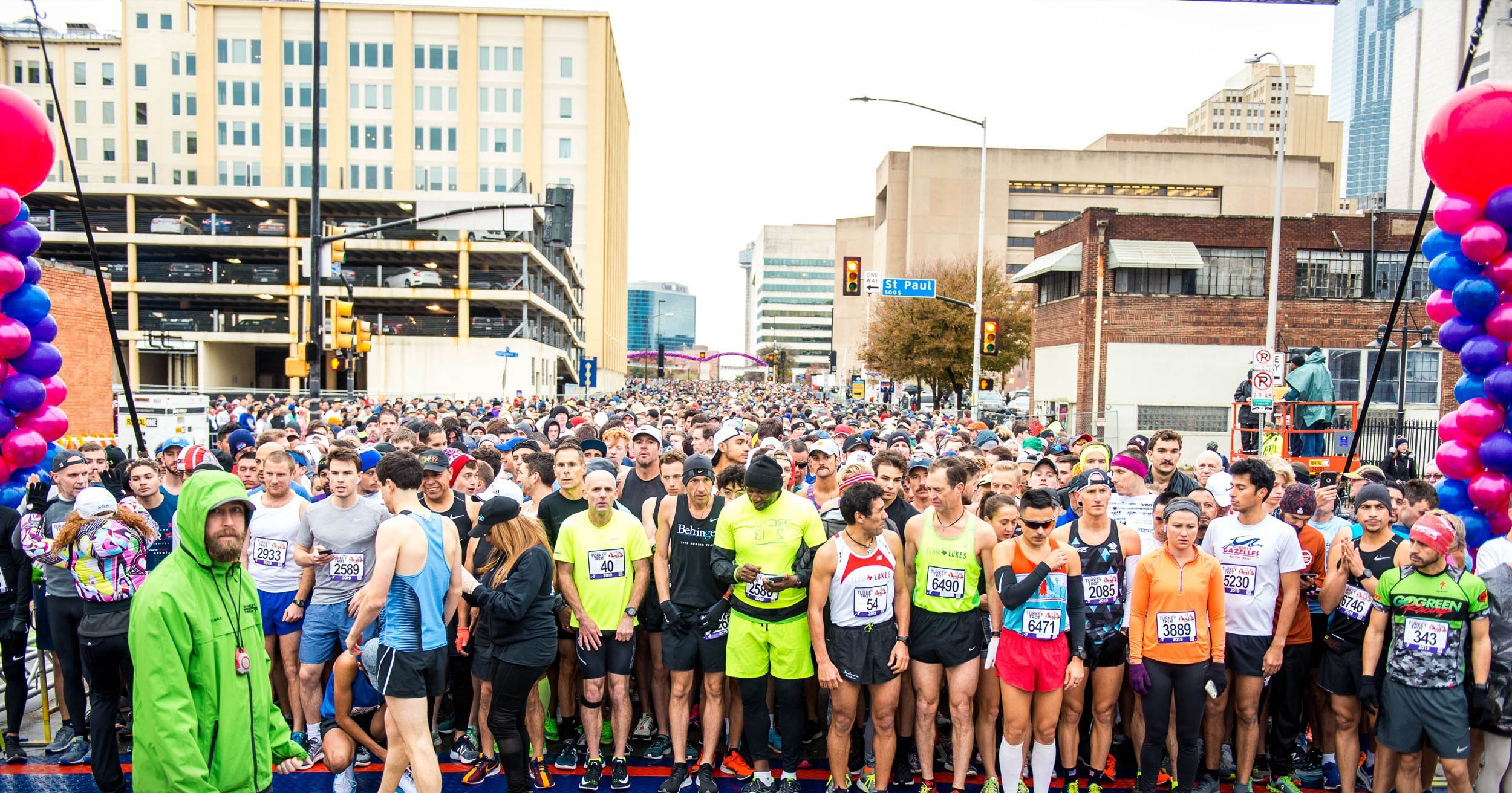 The idea that Thanksgiving is about more than food and football has become a trend. In fact, more than 901,000 people nationwide participate in a local turkey trot on Thanksgiving Day.

The Dallas YMCA Turkey Trot, the country’s biggest, is now in its 52nd year and continues to grow in popularity.

Because the YMCA has turned its annual trot event into a family affair, more runners and new generations of families turn out to experience the multi-generational atmosphere, building excitement around Dallas City Hall Plaza.

One race participant wrote in a Facebook post, “First timer. I will go back again next year! All the volunteers are very encouraging. Fun event for everyone!!”

The Trot is more than a race, though, it’s an experience. It comes with a dog trot/dog park, giveaways, food trucks and even a beer garden.

Another participant exclaimed, “Fun time every year. Well organized and lots of free giveaways. This has become a yearly tradition for our family.”

If that’s not enough, the Dallas YMCA makes sure to consider family members of all ages. The Y added a 5K in 2009 that has become a family favorite. And that’s not all, for the young but aspiring beginner, it recently added a 1K specifically for children ages 6 to 11.

We recently spoke to the Dallas YMCA Turkey Trot Race Director Courtney Rayburn to hear about how the event went this past year and the history of this giving-back-to-the-community event.

How did race day go?

The rain did delay and changed some of our set-up, but that was primarily because of the way it looked. By 7:30 in the morning all of that was done. It was still cold and windy. We estimated more than 10,000 people were in attendance. So less people than in year’s past but that’s to be expected with the weather.

In terms of participants, we had a 75/25 split. Twenty-five percent of participants are serious runners and committed to doing stuff like this. And the rest are family that are just coming to walk and have a good time, and those are the ones that primarily no-showed that day.

Everybody that went had a great time, though. We haven’t received any negative feedback about anything we did, so it’s a win regardless. We’re still able to put over $300,000 dollars back into YMCA after school and preschool programs, which provides scholarships for families that can’t afford to put their children in extracurricular activities. And it helps the kids continue their education and learning processes past the school day or with preschool to start it prior to starting kindergarten. We are really happy with that part of it.

‍What is some of the feedback that you heard from your participants?

We know that people that went enjoyed themselves despite the weather—probably just wore an extra layer. The runner’s feedback has been phenomenal.

What makes this event so special?

Mainly the overall community that has been built from the history of the turkey trot. This was our 52nd event. Some people in Dallas started running it with their families when they were children, and now they’re bringing their grandchildren to it. They’ve made it part of their Thanksgiving tradition for generations. Even for people that aren’t serious runners, this is the only run/walk they do every year because it is a tradition—it’s not necessarily because they are runners.

How long have you been using ACTIVEWorks Endurance?

The trot has used Active for four years now, and overall we’ve been really happy. Prior to ACTIVE we used another system, but the marketing outreach that ACTIVE does on our behalf was one of the big selling points to make a switch.

How has it been working with Active?

ACTIVE has been wonderful. If there is something that needs to be changed or customized, they are willing to explore and enhance those features.